Whistler Creekside was the site of Whistler’s first ski area when it opened to the public in 1966. A 4-person gondola to mid-mountain, a double chair lift, and T-bars were installed in the hopes of securing the 1968 Winter Olympic Games. Although the Olympic dream wasn’t realized until 42 years later, the historical significance of Creekside is not forgotten.

Today, what was once the original Village is a contemporary and desirable neighbourhood boasting cafés, stores, restaurants and luxury hotels. With the Creekside Gondola providing access to both Whistler and, with the advent of the Peak-to-Peak Gondola, Blackcomb mountains, and with Nita and Alpha Lakes close by, the area is a centre for outdoor activities year-round.

Whistler Creekside offers prospective buyers a mix of the past and present with everything from original rustic cabins to fabulous modern townhomes, condos and single family dwellings. The area of Whistler South actually extends both north and south of Creekside to include several other exciting neighbourhoods.

To the north lies the residential subdivision of Nordic Estates, which features exquisitely designed townhomes, duplexes, and single family residences, as well as the unique Taluswood community which enjoys direct access to the slopes of Whistler.

To the south, perched high above Creekside, is the private and elegant Kadenwood neighbourhood, Canada’s first and only resort community with its own dedicated gondola service. Beginning to take shape nearby is Stonebridge, an exclusive luxury community of multi-acre properties. Bear Creek also offers gorgeous views across the Whistler Valley and convenient access to Whistler Mountain.

The southernmost neighbourhoods, Cheakamus Crossing and Function Junction, are located on either side of the Sea-to-Sky Highway when one first enters Whistler. Cheakamus Crossing is a new, sustainably designed community surrounded by forest and trails near the Cheakamus River. The neighbourhood was originally built to host visiting athletes during the 2010 Olympic Games. Function Junction offers a range of businesses, stores, cafés, and professional services while also serving as Whistler’s industrial area.

One of the most sought-after ski resorts in the world today, Whistler was originally a very popular fishing destination. It was on the northeast corner of Alta Lake that Alex and Myrtle Phillip opened the Rainbow Lodge Fishing Resort in 1914. When the Pacific Great Eastern Railway extended its railway line into the area from Vancouver that same year, it wasn’t long before the Phillips found themselves with the most popular resort destination west of Banff in their backyard.

Today, easy access to Alta Lake via the Valley Trail and proximity to Whistler Village is what draws many prospective buyers to Whistler Centre. The lake, with its diverse parks and beaches, is a summer hot spot for swimming, fishing, paddleboarding, kayaking, and other water activities.

The paved Valley Trail system – perfect for biking, rollerblading, running, walking, and cross-country skiing – not only provides residents access to the lake, but it also circumnavigates another defining characteristic of the area – the spectacular Arnold Palmer-designed Whistler Golf Course, ranked one of the best in Canada.

A short distance from the Village, the subdivisions that make up Whistler Centre offer a wide range of properties, from single family homes to exquisite luxury chalets.

Just on the outskirts of town, south of the Village and across the highway from the Whistler Golf Course, residents can enjoy the convenient location of Brio, which features the exclusive Sunridge Plateau Development, as well as a range of beautiful singlefamily homes.

Directly across the highway from the Village is Whistler Cay Heights, sought-after for its elegant residential feel while still being in close proximity to the action. The smaller neighbourhood of Nesters, with its own shopping complex, is located nearby and both link to Whistler Cay Estates, situated down the hill behind Whistler Cay Heights at the north end of the golf course. A nearby elementary school and community sports fields make this area – also known as Tapley’s Farm – very family-friendly.

Uniquely located above and at the south end of the Whistler Golf Course is Blueberry Hill where the resort’s first luxury home subdivisions can be found. Zoned for tourist accommodation, Blueberry Hill also allows for nightly rentals. A little further south, bordering Alta Lake, is the neighbourhood of Alta Vista, located halfway between the Village and Whistler Creekside. The private enclave of Lakecrest offers unique and rare waterfront properties on the shores of Alta Lake.

The magical ambience of Whistler Village is an irresistible blend of its beautiful modern design and its dramatic mountain setting. Nestled in the bottom of the valley where the bases of Blackcomb and Whistler mountains converge, the Village is not only the main departure for gondola and lift access to 8100 acres of in-bound terrain, it is also a year-round venue for Whistler’s famous après scene, exciting street entertainment, and numerous festivals as well as a hub for world-class shopping and dining.

The Upper Village is situated at the base of the Benchlands. Known for its ski-in/ski-out access, the Benchlands is also home to Lost Lake Park and the Chateau Whistler Golf Course. Linking the Upper Village to Whistler’s Lower Village, is Fitzimmons Trail, complete with a covered bridge and Rebagliati Park.

From one end of the Lower Village to the other, the famous Village Stroll is lined with an exciting array of shops, specialty stores, nightclubs, restaurants, patios, and cafés offering passersby a chance to linger as long as their hearts’ desire. And at the far end, commemorating the 2010 Winter Games, is the fabulous Whistler Olympic Plaza, a world-class outdoor concert venue for arts and culture celebrations with an audience capacity of 6,000 spectators.

To ensure that there are homes available for tourists to rent and enjoy during their stay, the vast majority of properties within the Whistler Village and Blackcomb Benchlands areas have restrictive covenants and cater to the short-term visitor. Of the 7700 Village area properties, only 42 are detached residences, but for those who want to live close to the action and the ease of having everything within short walking distance, Village and Benchlands living is the only option.

Whistler’s northern neighbourhoods offer such a diversity of history, character, and location that it is impossible to generalize about the types of homes to be had in this area of the Whistler Valley. Just a short walk to the Village is White Gold, one of the resort’s oldest communities. Situated on the edge of the Lost Lake Park trail network, it offers a diverse range of properties, from single-family detached houses to pensions, as well as bed and breakfasts.

Adjacent to White Gold is Spruce Grove, a family-oriented neighbourhood with a community centre, sports fields, and playground, as well as Lost Lake trail access. Spruce Grove offers a mix of employee housing, townhomes, duplexes, and single-family housing in addition to luxury properties. Green Lake Estates, the next community as you travel north, is dominated by multi-million dollar homes and the award-winning Nicklaus North Golf Course, one of the rare courses in the world to which golf champion Jack Nicklaus lent his name.

Further north are Alpine Meadows and Emerald Estates, the original locals’ neighbourhoods featuring a mix of townhomes, traditional chalets, and modern mountain homes. Emerald offers homes with waterfront access to glacier-fed Green Lake while Alpine’s amenities include The Meadow Park Sports Centre, a small café, and a grocery store. Both areas are surrounded by forest and offer spectacular views of Whistler, Blackcomb, Rainbow, and Wedge mountains.

Between these two established subdivisions is the new community of Rainbow, a family- friendly neighbourhood boasting views of Green Lake and the mountains. Baxter Creek, another new development showcasing the breathtaking vistas, is situated just above Rainbow. Then there is WedgeWoods, a 600-acre development comprised of 1+ acre lots in a terraced valley surrounded by trails, rivers, and the Garibaldi Provincial Park.

Whistler North will not fail to impress, no matter what kind of property you are looking for. 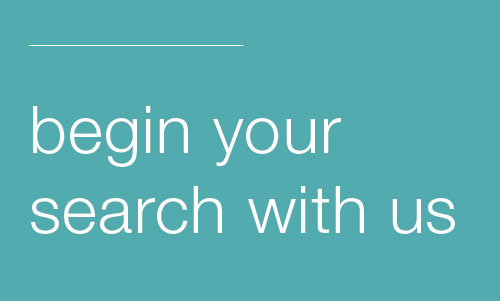 E. & O. E. All listing information is from sources deemed reliable. However, no representation is made as to the accuracy or completeness thereof and should be independently verified.

keep an eye on the market

thank you for signing up for updates

Please allow 2-3 business days to start receiving updates. If you want to receive updates sooner, please call us on 604 932 7670 or email johnr@wrec.com

call us
email us

thank you for your inquiry

Please allow 2 business days for a response. if your inquiry is urgent, please call us on 604 932 7670 or email johnr@wrec.com